Hello and welcome to this blog (10 May 2021) which will be emailed as my newsletter and recorded as a BLOG / cast.

Today is the day that the United Nations Office on Drugs and Crime starts a meeting about what it terms "cybercrime." The meeting will start with a discussion around what should be included within the definition of "cybercrime."

It's a discussion that was widely had in the 1990s so the UNODC is very late to the party. But it's welcome: in an academic paper I published in 1999, I said that the internet was borderless and that the organisation best placed to formulate policy relating to its use and abuse was the United Nations. So, to them I say welcome to my world. seems that they will start in the wrong place, that they will start from the point of the internet. Where they should start is with those who inhabit the internet.

The reason is clear: we do not need new laws to combat fraud, pornography and all manner of harms when the only differentiating factor is the means by which they are committed. This is an expensive and complex diversion making prosecution more, not less, difficult. If someone makes a fraudulent misrepresentation, it should not matter if that is done face to face, over the telephone, in a flyer or in an e-mail.

That is where the UNODC needs to focus its efforts.

That is where the biggest changes are made.

That is where the fabric of the internet needs to be re-written, even though to do so will create significant, albeit short term, cost and disruption.

That is where protections will be created for victims of crime for which the internet is the medium. That is where the people, the individuals and companies, who are central to the issues are.

It's not as if we don't know how to do it: we've fumbled our way through very similar problems in the past and now we have a clear picture, backed by a quarter of a century of quasi-regulation from a supra-national body, of how to do, and how not to do, it.

The Financial Action Task Force was a pioneer. It got some things right and got a lot wrong. For 22 years, I have proposed the creation of a similar body in relation to the internet. In 2015, I gave it a name, The Internet Action Task Force. I drafted 24 Rules (not "recommendations" which implies that compliance is optional).

The book "Cleaning up the 'net" has now been withdrawn from publication and it has been converted to an e-learning course, with updates and more to follow, at

There's Portable CPD (tm) where recognised, points towards your Certificate in Financial Crime Risk and Compliance and, of course, a course certificate when you've read every page. It is a non-examinable course.

The FATF was created by 7 Industrialised nations and has behaved poorly in many ways. The UNODC must not fall into the same trap. This course explains how that can be avoided whilst still ensuring both global compliance and a levelling of both opportunity and benefits for all except the criminals and those who help them.

In other news, I'm still working on the Australian law and regulation module for Quick To Learn More. It's a massive job because the law is so badly drafted and in many ways diverges from what we find in many other countries. Other jurisdiction modules in preparation include Hong Kong, Malaysia and the UK. More will follow when these are completed. Singapore has been launched along with several "how money launderers use..." market segmentation modules and the Key Concepts module. Quick To Learn More was launched in 2002. Now with a new platform and totally re-written content it is designed to for front-liners to senior managers and the basic education for compliance officers, internal auditors, owners and directors in regulated businesses before they start on their more senior education. It's at www.quicktolearnmore.com

On a personal note, I'm scheduled to leave Malaysia for the UK on 22nd May.

A couple of days ago, UK Gov blocked flights from the UAE to all UK ports.

#Emirates cancelled the DXB-LHR sector but not the KUL-DXB sector of my flight. So that's stupid.

Sadly, Malaysia's borders remain largely closed and when I leave, I will be homeless in the UK and have no idea when I will be able to return to my home of 19 years. And, of course, all my research materials are here: I have nothing in the UK.

I guess I'll have to find a job when I get there, however I get there.

It's not Malaysia's fault: for the last ten years, since closing our local company, I have lived here on an informal but entirely legal basis. Covid19 and its travel restrictions have spoiled the way that worked. Malaysia's Immigration department have been both kind and gracious in allowing over-staying for more than a year but it was inevitable that, sooner or later, rules would be re-applied.

So, if anyone has a position, temporary but open ended, that they think I can fill until I can return home to Kuala Lumpur, please let me know. On current rules, I'll be available ten days after 23rd May. As I have no ties in the UK, location doesn't matter.

Then again, it doesn't have to be in the UK, either, so long as a work permit is part of the deal :)

Because the world is a funny place, I thought you might find it amusing to see a spam that arrived in my mailbox while I was drafting this newsletter.

*THE BOARD AND DIRECTORS OF THIS DEPARTMENT AFTER THE MEETING WITH THE UNITED NATIONS HAS APPROVED THAT YOU SHOULD BE PAID THE SUM OF 25.5 MILLION POUNDS THEREFORE WILL YOU LIKE TO BE PAID BY WIRE TRANSFER OR ATM CARD PAYMENT OR CHEQUE PAYMENT ?*

*CONTACT THE PAYMENT DIRECTOR WITH THE BELOW DETAILS TO ENSURE YOU ARE PAID.*

Look after yourselves and those around you. Wear a mask. Get your vaccines. Stay out of crowded places if you can. 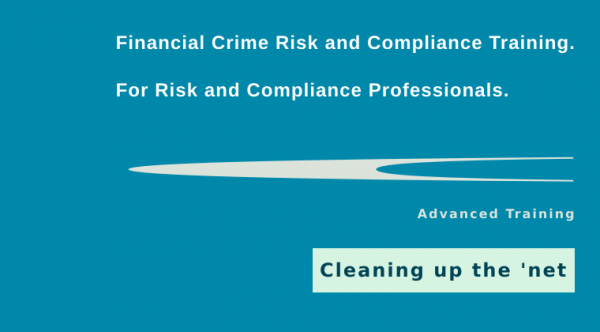