Last month's newsletter was a round-up of lots of updates.

And it was long.

Not so now we're all on the same page. This one :)

Actually, I wrote what should have been this month's newsletter but it was too long and it was too controversial. It's at countermoneylaundering.com if you are interested. Actually, it's there if you are not interested, too.

That might seem a frivolous thing to say but it isn't. One of the things I want to do is emphasise that financial crime risk and compliance is, essentially, a function of law and in law language must be precise. Precision in language is absolutely essential because while concepts can be flexible, the way those concepts are presented must be rigid. So, the language of offences must be absolutely clear – "if you do this, that will happen", for example. But systems cannot be rigid because risks are not rigid.

It's that tendency to rigidity that I want to address in this newsletter because rigid thinking militates against effective risk awareness and control.

In the last month, we've seen, across the world, something that many people want to pretend isn't reality. While media, politicians, even regulators and supra-national bodies have jumped about announcing their opinions that there are all kinds of new frauds.

The fact is that none of the frauds have actually been new at all and by drawing attention to one facet of them, immense disservice is done to those who are trying to identify and prevent fraud.

It really does not matter whether the product advertised is a facemask, a hand sanitiser or a carbolic smoke ball. If it's fake or if it's not fit for purpose, then the advert is a fraud.

Well, maybe. If you've ever read the judgment in the Carbolic Smoke Ball case, you'll realise that the Judge would have allowed the publication of untrue statements if they were "mere puff." So the statements don't have to be true; they just have to not be lies – and vague lies at that.

Note: Mrs Cargill won her claim against the Carbolic Smoke Ball Company because the statement she relied upon was explicit and clear and constituted an offer which she accepted.

But the fact is that if an advert for a face mask says "prevents the transmission of a virus," it's probably not true even though it may inhibit its transfer. But it is an actionable falsehood in civil law? Is it sufficiently false to bring a prosecution to "beyond reasonable doubt?" If it doesn't, then is there criminal conduct which is capable of being a predicate crime for money laundering purposes?

However, advertising 3M N95 masks for sale and immediate delivery when they are not in stock and may not be for some time, while despicable would not rise to the level of being an offence unless payment was taken knowing or being reckless to the possibility that delivery would be delayed or, even, would not take place. Or if, as has happened often, delivering something else entirely with a note saying "sorry, we hope this will do," in the clear expectation that victims will not return the incorrect item.

Across South East Asia, there has been a rash of frauds where customers of online platforms have paid for certain protective equipment or products but have received boxes of things unrelated to their order. And then, of course, all over the world there have been many cases of orders for personal protective equipment that has never turned up – sometimes having been diverted and resold en route, sometimes as a duplicate sale and sometimes for a bigger profit and the original customer being offered an alternative, short shipping or a refund. Again, there is nothing new in any of these schemes.

Counterfeits are where a registered design or trademark is applied to goods or services which are not produced or sold by the registered person.

This means that in the case of e.g. a ventilator, if it doesn't work, that might be a fraud but it's not about counterfeiting unless it is "passed off," either by look or description, as being a specific product or a product of a specific person.

So, when people talk of "fake goods" it's important to understand that the term properly refers to counterfeits.

A misdescription of something as item X when it isn't is does not turn that item into a fake.

Counterfeits are relevant today because of the proposal by some countries to allow "CoVid-19 Passports."

Again, there's nothing new. Again, the prudent message is to be aware of the risk of fake documents of all kinds.

But just because it isn't new doesn't mean it's not real. We are aware of a number of instances of documents purporting to be certificates that the holder has been tested for CoVid-19 antibodies, that there are no symptoms present but antibodies are. These documents were produced by persons anxious to return to their own countries as lockdowns spread and borders closed. As some countries demanded such a letter in order to allow its own citizens to return and to be permitted to self-isolate instead of being taken into quarantine, there were instances of these letters being sold over the internet. This is not new – fake "official" documents were available to order in the mid 1990s, printed in India and mailed to recipients all over the world. The scheme developed to provide fake utility, etc. bills to meet KYC requirements of financial institutions for money laundering risk and compliance purposes.

Here's the payload for this newsletter.

The usual price is GBP29.00 for unrestricted access for one year.

Until 5 June, it's available for GBP19.99 which is, in common sense terms, a third off although pragmatic mathematicians would argue that it's not exactly that.

There's a certificate at the end, if that floats your boat (and it's not fake, unlike those in one of the cases we discuss).

The aim is to, mostly, avoid being a story book. I try to go to the source material i.e. the actual judgments, as often as we can reasonably do so. And we pick out the most material points from those judgments and present a brief commentary. All the cases are concluded – although not necessarily sentenced. Case Studies are not the PR of "X has been arrested" or "Y has been charged." Those reports are better served at PleaseBeInformed.com.

But there are some stories that we've built from a wider range of sources – I had lots of fun with the one called "Miami Voce." It's Latin, not a misprint.

Many of you will have returned to work, at least for part of the time, in your offices and some will be visiting various sites.

Take care, be safe and look after others as you would want to be looked after yourself. 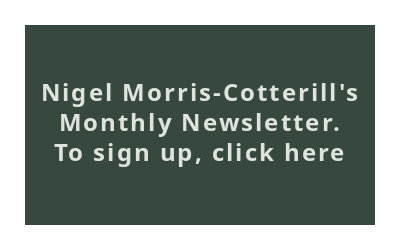