There's something odd happening around the coffee tables of the world. It appears to be a social change that was not widely foreseen or, if it was, was kept secret.

We all know the headlines - ebooks outsell physical books, streaming has killed sales of physical formats for music, the only games people play are video games.

Well, the headlines might be true or they may not but they are not telling the whole truth.

For example, in August 2012, website The Cult of Mac reported that Amazon claimed "Kindle Ebooks Now Outsell All Paper Books Combined" in the UK. Editorial says "Despite the protestations of the book-snffers, e-books are clearly the best way to read novels and other texts. " Yet, by September 2019, CNBC International reported "physical books still outsell e-books." That demonstrated a trend.

I don't know if board games are becoming a trend but they certainly have a kind of underground following. Dutch manufactuer Splotter produces games that sometimes reach near-mythical stature despite being renowned for being complex to play and often needing additional purchases. Sometimes they reprint (Food Chain Magnate has its ninth print run scheduled for release in April this year) but, in the world of global games, their print runs are small. Games can be expensive. For example, I've just bought a new-old stock copy of the 2016 reprint of Indonesia for AUD200 - and now I'm wondering if I should buy an used one to play with because copies in their original sealed wrapping seem to be limited to, well, the one I bought.

In February 2020, Games Radar + which is primarily focussed on e-games, wrote "Tabletop gaming is more popular than ever, so it can be a little overwhelming at first." So much so that the website announced a section dedicated to board games. It's especially gratifying to see that, in their list of the ten best games there's "Blockbuster." The UK TV version of that is running on Comedy Central and, in the best tradition of the old Bob Holness programme, two people said "can I have a P?" and one, in reply to the question "Which E is the fabled city of gold" answer given was "Edinburgh." Terrifyingly, the game they rated as the "best overall" was "Pandemic." But, checking it out further, it turns out that it's not that game at all - "Blockbuster: The Game is the life of the party. This brand-new movie quiz is fast-paced and surprisingly brutal, which obviously makes it a hoot when the drinks and jokes are flowing." - even to the logo on the box, it's really using the name of the once-great video rental company, the collapse of which led to empty little shops all over many countries. Perhaps surprisingly, Trivial Pursuit doesn't feature at all.

Why are games becoming popular again?

Perhaps its because the cost of eating and drinking out has reached such a ridiculous amount that evenings in are growing in popularity. Why go to a bar and pay high prices for a commodity drink and spend the evening with the same three or four people every time when you can buy the drinks in a supermarket for about a third to half of the bar price and spend the evening with the same people in an environment you control: it's your aircon, it's your music, it's even your volume of music. For small groups, meeting in a bar doesn't add value but it does add cost. And with supermarket convenience food to throw snacks in the oven, you don't need the overpriced "light bites" that almost certainly come from a frozen food factory anyway.

So, if you are going to do that, and there are four of you in a room, the one thing that a bar does provide is this: external stimulus. It's hard to keep chat going for three or four hours unless there is something outside your common experiences - and outside your group - to cause even momentary diversion. A man weaving across the room, too drunk to walk properly, a woman who hasn't noticed that the back of her skirt is tucked into the top of her knickers, a barman who tries the cocktail shaker juggle and drops it. In a crowd, there is always something happening. In the living room of a flat with everyone sitting on a soft sofa, that pzzzazzz is missing. Of course, many people who try this won't buy food to reheat, much less cook - they'll take the economically, socially and ecologically poor option of getting food delivered. After all, there's a group activity - sitting with a pile of menus, choosing what to eat.

But what if there was another group activity that adults could enjoy without the risk of adverse consequences? A board game fills that void and that brings us to board games and my own, opinion not research, thinking.

The video computer game industry has stagnated: it's not had a new idea for years. Sales are boosted by doing the same things but with better graphics or, in some cases, some very clever software (the best racing games have incredibly sophisticated software, for example) but essentially, they are developments of the Sims, shooting and racing games that (sorry to disappoint you young people) we had on computers and consoles in the 1980s. You know it's true - your TV is, right now, awash with promos for a new film featuring Sonic the Hedgehog. Many of my readers weren't born when that became popular as a video game (who remembers SEGA which took over the London offices of BCCI and then had its own financial crisis only for Malaysia Airlines to take it over and for them to start a steady decline) and even then it was only a development of other things. We're seeing emulations appearing so that modern tech can play the original PC versions of e.g. Space Invaders.

Someone once said "everything old is new again" and now everyone is saying it.

As a society, we've done it. Like we've done streaming shitty sound to crappy amps and speakers and like we've done e-books that you can't read in bed without activating your brain with the light from the screen or risking damaging your eyes by trying to get a whole page on a single phone screen.

The so-called hipsters (who were only doing what I was doing in the 1980s) are having a surprising effect - there is a growing trend amongst the post-Millenials towards an analogue life. Real books, vinyl records, even non-smart phones (flip phones, for example) are making very significant growth. DVD is seeing a resurgence (oddly often being seen as quasi-analogue) and so, surprisingly as it's next to impossible to buy a player, are audio cassettes. .

Yes, on-line life will still be the dominant form of some of these things (except, perhaps, the best-seller and professional sectors) in part because it has lowered the barriers to entry for publishers. But now the middle is squeezed between two groups who, for different reasons, are traditionalist or, at least, seeking a traditional experience.

We are seeing a move towards old food - bypassing the fads and fashions of two decades of TV chefs and marketing teams. We are seeing people looking for old varieties of fruit and vegetables. Many people are looking out the tastes they grew up with - some healthy and some not. I know a noodle stall in a side alley in a city centre where people whose parents moved the family out of the city twenty or so years ago are now driving 45 minutes each way so their kids get the taste they themselves grew up with. Increasingly in some towns and cities, families are walking the streets from shop to shop, avoiding shopping centres.

Basically, a vast proportion of society is looking to unravel the mistakes of the past 40 years. Their motives are many and varied: some want their children to have the same experiences that they did; they want to build relationships with local shopkeepers rather than a highly mobile workforce of shop assistants. they want a less managed life.

Which brings us to those evenings in and board games.

I've noticed that Connect 4 has appeared in the background of several TV programmes recently, suggesting that enough people in US set design have seen it in other people's houses that it's hit their subconscious.

It's a small leap from Connect 4 (which I play with a friend because it's for two people only and board games really are not a spectator sport) to board games which can form the basis of a party.

Whether we get back to the likes of Risk (no drinking - it's hard enough as it is), traditional Monopoly (not all the expensive versions that are marketing devices for companies and for which you pay to be advertised to), Scrabble, even playing patience (which Microsoft has convinced the world is called Solitaire when Solitaire is a completely different game) with real cards, chess, draughts, backgammon... All across the world, the UNO card came has come back having been moribund, or nearly so, since the 1960s - although, like Monopoly, advertising sets are beginning to appear.

From the simple to the complicated, from the radical to the traditional, there's more laughter over a game of snakes and ladders than there is over a dropped cocktail shaker or, even, a drunk or a hoisted hemline. And in some cases there is real intellectual challenge.

Are board games going to take over the world?

No, but they might take over your living room because they are a great tool for socialising. And yes, if you really, really want to you can play Twister.

There are hundreds of old games, games you played when you were young and now miss.

Go on. Give it a go in the evening or in the break room.

But don't blame me if someone slips your Simply Red CD under the sofa cushions to stop you putting it on repeat. 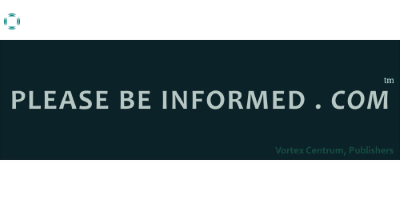