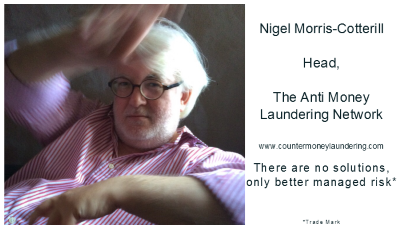 Yanis Varoufakis, has resigned. In one of his last pronouncements as Greek Finance Minister, Varoufakis said the idea that Greece could print Drachmas was a fallacy. He is reported as having said "we destroyed all the presses."

While he might be right in one respect, that of printing actual Drachma notes, he's fundamentally wrong in another. There is an option that would fix much of the crisis - although it's one that would cause the EU to have a major fit.

Anyone can, literally, make money: even Zimbabwe, when it ran out of the paper needed to print its rapidly devaluing currency on, printed state issued IOUs on what was, basically, photocopy stock with a rubber stamp.

But in terms of available technology, that's a Luddite's solution. If Greece really wants to fix its internal problems, which are what caused and are perpetuating the crisis, it is remarkably simple, quick and above all cheap. Better still, the solution will release euros, which can be used to pay down its external debt. All it needs to do is license a customised, personalised version of Bitcoin.

It's an obvious and logical solution. After all, in reality, there is no such thing as money, only people's confidence in what they, in concert with others, accept as a means of exchange. So, eDrachma, with a limited amount in issue and a limited time for spending (to prevent what some would consider savings and some would consider hoarding), which is possible using existing Bitcoin technology which both limits supply and, with minor tweaking, can expire "coins," could be credited, via ATMs or into dedicated bank accounts, for the making of all state payments. Pensions, grants, benefits, tax rebates, salaries for employees in government and government linked businesses, government purchases of goods and services.

Such a scheme would not touch Greece's foreign exchange and it would not touch its income, by way of taxes, from those outside the government boundary. This would mean that the government would continue to receive a supply of Euros from ordinary taxpayers and those who buy government services. Because they would not be used for any kind of government spending, those euros would be available to pay the country's external debt.

In the hands of the government-related population, both people and businesses, eDrachma would be used for the payment of taxes, school and medical fees - in fact any spending with the government, including government owned or linked shops or shops with which the government enters into special arrangements. Such shops would take a proportion of their money in eDrachma but most, from non-government linked sources, would be in euros. The eDrachma taken in by businesses would pay taxes, etc. and other business expenses would be paid in euros. Therefore the eDrachma are recycled quickly, like cash - what the government spends this month will, in taxes, rents and other charges and fees come back next month. The money supply need not expand greatly.

eDrachmas could be traded, so allowing those paid exclusively in eDrachma to have access to euros for spending unrelated to government.

The government's expenditure would dramatically reduce. Its need for euros for domestic purposes would fall off a cliff. The economy would stabilise - and time would be bought during which Greece could come up with a plan to repay its international debt out of the savings made by not having to pay its domestic bills in Euros. That time would be far shorter than all present estimates (some of which are "never") because, internally, the government would have no use for euros.

And Greece can return to a Euro based domestic economy when its external relations have stabilised and debts met.

In effect, the Greek government would lend itself, at zero interest, sufficient money to pay its domestic liabilities, and bring in tax revenues (which, because bitcoin is accountable would be more easily auditable than cash or moneys at bank) and simply cancel those loans when its external liabilities are paid in full. Which, if one thinks about it, is what the Greek government, many Greeks and many apologists for its decades of economic mismanagement are, in broad terms, asking for.

The European Central Bank, however, would have apoplexy. The idea of a country maintaining a private, parallel, currency for its internal dealings between government and citizens would remove centralised accountability within the Eurozone. The ECB would lose power. For sure, the ECB would lose control over the money supply in Greece. These losses would bruise egos but would not, in truth, weaken the European Project. In fact, it would provide a model that would shore up countries in the case of desperate times - and may limit contagion when the next global financial crisis comes along.

Internally, it would mean that those in Greece who wish to continue their demands for profligacy would be doing so in isolation: there would be no conflict between Greece and the Eurozone because the Eurozone would not be called upon to inject capital into what would be, in effect, a private matter between the Government and People of Greece. If it gets runaway inflation in eDrachma, so what? That will become self-regulating because, as confidence in it falls, so will its interchange value with the euro. And if the Government weakens, as it has so many times in the past, and gives into demands for excessive increases in benefits and pay, then it remains a domestic problem.

There is precedent, of sorts: in the early days of the euro, there was be dual-currency pricing in shops, those who are driving inflation by reason of profligacy will see their prices rise while euro prices remain stable. Moreover, their ability to make on-line imports paid for in euros will diminish as their stock of euros becomes exhausted - and on-line retailers will not accept the eDrachma.

Currency speculators would be rebuffed: security measures that tie the ownership of bitcoin to Greek corporate or individual domicile would mean that measures to circumvent the bans would be both expensive and time consuming, both of which would be a disincentive to try to play with the eDrachma.

There would be no need for Greece to exit the euro.

The ECB and IMF would see moneys repaid, not defaulted upon, and by negotiating regular repayments instead of lump sums, the amount can be rapidly diminished, starting immediately, with the benefits that should have on interest calculated on reducing capital outstanding.

There are no downsides to this suggestion. Everybody gets what they want.

Stock markets would stabilise. Already, after the initial shock of default and the "no" result of the referendum, the knee jerk reaction of markets is wearing off as analysts are realising just how tiny Greece's trade with non-EU markets really is - and that of that trade, much of many countries' exposure is in relation to shipping not goods or other services. Take away the uncertainties of what would happen if the EU started to fracture, and markets will - as always - respond positively to good news.

But here's the best thing: all the Greeks need to do is call in the Geeks and find a way to pay them to produce the required product and tell them how to roll it out.

Hint: they are at bitcoin.org.

An edited version of this article first appeared at https://www.tradingfloor.com/posts/greeks-need-geeks-for-a-brave-new-edr...